Welcome to Gold Creek Simmental, a proud family owned and operated bull-breeding business with three generations under its belt so far.

The Sanson family has been proudly running the Gold Creek farm for three generations. Logan and Joan started the commercial herd over 30 years ago, followed by Jim and Rachel who took over and continued making improvements to the 750 hectare property. Myself, Tom and my wife Adeline are now at the helm, and we have a vision that’s bold. Moving towards a 100% stud breeding operation means we no longer have the demands and distractions of commercial farming getting in the way.

2019 marked the 10th anniversary of our Simmental stud, having purchased the first lot of registered cows in 2009, from leading studs across the country. We are striving to continue raising the bar of our operation.

The Stud is named after the station which took its name from the creek running through the centre. Earlier settlers once thought they had struck it rich and found gold, but this was later validated as iron pyrite. Nevertheless, we still believe the property is producing gold by the quality of stock that comes off it.

Gold Creek consists of medium to steep hill country, with an average rainfall of 1200-1800mm. The predominate soil type is pumice and sandstone, with slit clay loam.

Diversity is something we strive for in our business. In addition to our Simmental stud we run 150 unregistered pure Simmental cows. In 2019 we sold the bull calves as weaners with an average weight of 362kg. We also run a high-performing flock of 1500 facial eczema tolerant Coopworth ewes. We dock in excess of 150% on average and finish all lambs at around 20-21kg carcass weight. Lastly we hold 200 Red Deer breeding hinds, producing replacements for our herd of 300 velveting stags.

At present our ratio sits at 40:30:30 of cattle:sheep:deer. Our cattle are all run under commercial conditions in conjunction with the sheep and deer, and are expected to perform on the steep hill country to maintain a place in the herd. This means, for cows, we wean a calf every year.

The team at Gold Creek share a collective passion for the Simmental breed and for the vision we have for our operation. After completing his education, Tom spent time working in Europe before coming home to New Zealand and working on a number of prominent East Coast sheep and beef stations. He returned to the family farm in 2008 in a management role, and in 2009 jumped at the opportunity to purchase a number of registered cows from various stud dispersals. From here Gold Creek Simmentals was established, and his journey as a stud breeder began.

Tom has a longstanding passion for genetics and the production gains they offer if used in the right manner. He enjoys the challenge of the end to end process – sire selection followed through to a calf being born, developing into a bull then sold on to his new owner – and thrives on the many moving parts that play a role.

Born and raised in France, Adeline moved to New Zealand in 2011 and fell in love with the friendly people and unique beauty the country has to offer. Her and Tom married in 2016. These days, as well as being a full-time Mum to Elinor and Abigail, she runs her own upholstery business and helps out on the farm when she can. Tom’s passion for stud cattle has certainly rubbed off on her. 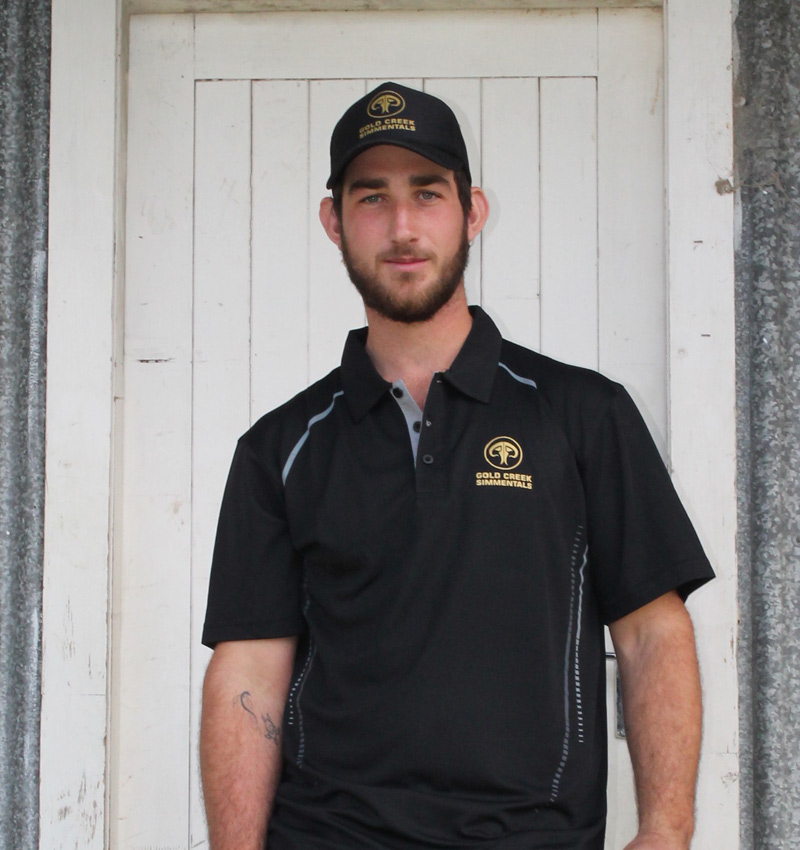 After being a part-time employee at various times over a number of years, Aaron became a full-time part of the team in 2018. With an earlier background in Forestry, Scrub Cutting and general farm maintenance he has grown to become very passionate about stud breeding and the vision of Gold Creek Simmentals. He is learning more and more about genetics each year and has proven himself as an integral part of the team. In his younger years, Jim became involved in the live capture of red deer. He and wife, Rachel later went on to build up a large herd which subsequently became the Sanson Red Deer Stud. They imported Deer genetics from England, in the form of semen and live deer. The deer were initially farmed in Onga Onga, Hawke’s Bay, before the couple returned to Gisborne and purchased Haunui Station in 2003. On moving back closer to the family property, Jim and Rachel took over the commercial cow herd from his parents, Logan and Joan, and transitioned entirely to the Simmental breed. Over the years, they increased the herd size and production through the use of bulls purchased from top New Zealand studs. In 2007 they purchased Gold Creek Station. 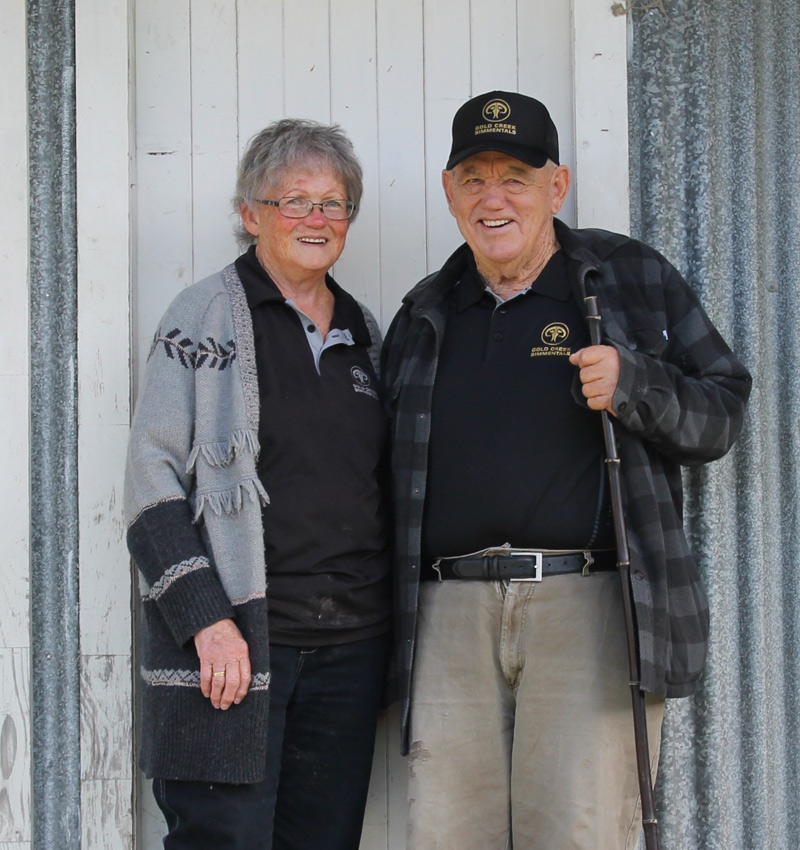 Originally from Kaipara Harbour near Helensville, Logan and Joan relocated to Gisborne in 1971 after purchasing Te Kohunga Station. It was here they first introduced the Simmental breed into their commercial operation, using artificial insemination (AI) to cross Simmental bulls over Hereford cows. Logan and Joan farmed these cattle in conjunction with a herd of Angus cows, and noticed the superior performance and production of the Simmental Hereford cross animals right from the outset. Still living on their original property, Logan and Joan are very much retired yet still love to be close to family and a part of the legacy they started all those years ago.